Every day we are bombarded with messages telling us what is ‘normal’ or ‘desirable’. These messages can come in the form of images on social media, photos on billboards or in shopfront windows. Even the way our friends lives are looking in comparison to ours often resonates as to just how we should be performing. But what about our kids? What about their toys? What messages are they being taught in their early years simply based on the pieces of plastic that they’re playing with?

Research conducted by Diane Ravitch, Research Professor of Education at New York University, shows that ages 0-5 are some of the most developmentally important. The lessons learnt in those early years will go on to continually resonate with us throughout our entire lives. But children with disabilities are one of the most significantly under represented demographics in our toy boxes. We’ve got pregnant Barbies and toys that relate to various races and cultures, but there seems to be a significant gap when it comes to those who might be deaf, blind or even struggling with a less visible disability such as dyslexia or autism.

So what are we teaching our kids about their image? Are we working toward an inclusive society where normal isn’t just a size six Barbie doll with long blonde hair and impossibly tall legs? Are we telling them that Action Man, Superman and Batman are the only forms of hero? Or is there another option?

According to the Australian Bureau of Statistics around 7% of children have a disability. That’s about one in fourteen or at least two students in any standard classroom. All kids will encounter children with a disability and, most likely, it’ll be pretty early on in their life. Despite any setbacks those children may face, they’re most definitely important and normal and making sure they’re valued and included is vital.

So what options are out there for parents who want to shake things up? The good news is the toy industry is finally starting to make headway and some companies are now looking for positive ways to represent people with disabilities by introducing them to our kids through their products.

Here’s are some inclusive toys that have made it to the market recently:

Bowing to the pressure of the #ToyLikeMe campaign which garnered 20,401 signatures to persuade Lego to make more inclusive characters, Lego finally released their mini-figure in a wheelchair in January 2016, to the joy of around 150 million children living with disabilities across the globe. Lego’s Wheelchair Guy may be small in stature, he certainly goes a long way in representing them. He’s rocking a beanie and a hoodie and represents a very normal aspect of society that sadly hadn’t been displayed in a Lego figurine until now. He’s a simple inclusion to the thousands of Lego pieces that are strewn around the homes of numerous families, but popping him in the toy box really could make a difference and work toward changing the mindsets of many kids. 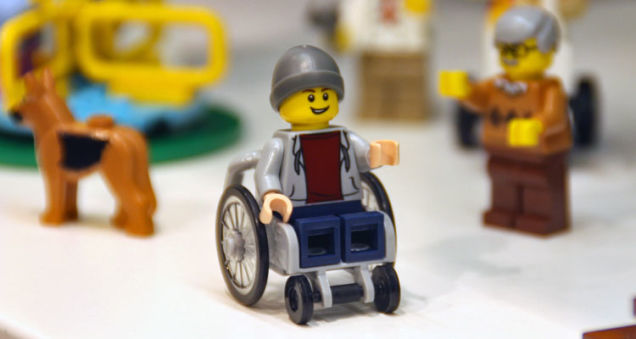 Quicker to the party than Lego, Playmobil announced in February 2015 on its UK Facebook page that it was officially in the planning stages for a new set that finally included figures with disabilities. Playmobil also announced that part of the profits from the new set would be donated to a charity chosen by the Toy Like Me campaign to help further its cause. However, despite the early announcement, we couldn’t find any new, inclusive toys online from Playmobil. (If you’ve found some, please let us know?) We found children in a wheelchair, but these looked like children with temporary injuries just out of hospital, rather than children with more permanent disabilities.

A Tasmanian mum noticed a serious gap in the toy market. When she looked in her kids toy box she saw a plethora of dinosaurs, Barbies, trains and most recently an explosion of Frozen toys. What she didn’t see represented was her two children who struggled with autism. Shocked at the lack of representation of kids with special needs, she took it upon herself to transform BRATZ dolls into dolls with disabilities and illnesses.

Hope Toys was born and while it represented the millions of children living with disabilities, the toys certainly didn’t take away the sparkle that every child looks for. They were still princesses, they just had autism and a tiara that showed that. The boys were still stylish and cool, they just had a prosthetic leg. All very normal and still very relevant.

British Toy Manufacturer, Makies, has heard the cries of parents from across the globe. After a viral campaign for more realistic toys went wild, they’ve taken it upon themselves to create a range of dolls that beautifully diversify the toy world. While Barbie’s long legs and unrealistic hourglass figure have been popular in the past, a new generation of dolls with hearing aids, walking sticks and birthmarks seems to be taking off. The goal of the company is to create excellent product and make toys that normalise things like hearing difficulties, physical ailments and other disabilities. 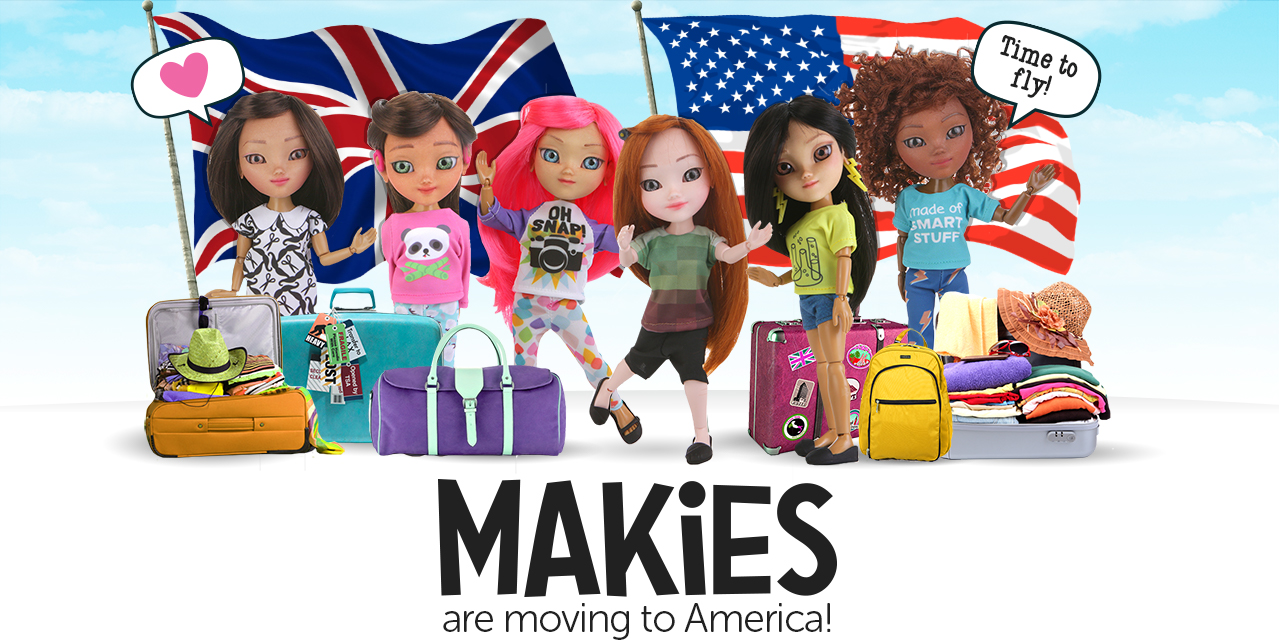 These toy options are only a start, but they’re an important one. As you probably know, children living with a disability are often not reflected in the toys, TV, films, games, apps and books that entertain and educate our kids. They’re barely represented at all and as a result they’re somewhat invisible.

We can help them be seen by changing up our toy boxes. It’s not about a blind child playing with a ‘Blind Barbie’ or a kid in a wheelchair having ‘his’ special Lego. It’s about shaking up the normal and letting kids of all abilities have the option to decide for themselves. By adding a variety of toys and including realistic versions in their everyday lives, we have the option to control the messages of normal and hopefully it will have a flow-on effect. Introducing children to a simple doll with autism when they’re young could lead them to be that inclusive kid in the playground who finds a super hero in a wheelchair a little later on.

For those children living with a disability, playing with toys that reflect them can make them feel normal. Feeling included builds confidence and a sense of belonging that in turn will boost their self-esteem further down the track.

It’s time we started better representing and appreciating children with disabilities and their struggles. We need more inclusive toys because we need to let our gorgeous children know that they’re just as fantastic as the pretty blonde Barbie or the muscly Superman. Who knows, we might be even be able to help them realise… they’re even cooler.