Great news! If you are vision impaired, it will be much easier to manage your cash in future, thanks to the new Australian $5 note, released into circulation by the Reserve Bank in September 2016 – inspired by 15 year old Connor McLeod.

Bruce Maguire, Vision Australia’s policy advisor, said “It’s one of the most significant things that’s happened in my lifetime for people who are blind like me…. For the first time in the history of Australian currency, it will be possible for someone who is blind or vision impaired to just pick up a note and know instantly what it is”.

There are around 360,000 people with impaired vision in Australia who will be able to manage their money more confidently because of the tactile feature that will eventually be included on all bank notes.

The Reserve Bank of Australia is one of the few banks in the world using new methods to produce tactile features on notes which will be durable and last for the life of the currency. Other countries have tried using tactile features but found got squashed or wore off as the note got old.

Building on the great $5 note news, the new $10 note will be issued next year, in 2017, and will have double bumps. Other denominations of notes will be issued in subsequent years. The plan is that as the value of the notes increases, so will the number of bumps.

When will I get my hands on the new note?

It may be a while before you feel the new $5 note, because there are 170 million old $5 notes in circulation and these will continue to be used and the new notes will be circulated gradually as the old notes wear out. It could be years before all the notes feature identification bumps, so in the meantime, visually impaired folk will need to continue to rely on the following:

You may have noticed that higher value notes are larger. This size difference was designed to assist the vision impaired. Each denomination bank note increases by 7mm in length:

The Reserve Bank of Australia, in collaboration with Blind Citizens Australia, developed a Banknote Measure Device that can be used to identify bank notes based on their length. By folding a bank note over the device, the end of the note lines up with braille numerals telling you the denomination. The device folds into the size of a credit card so it fits easily into your wallet. Devices are available for free from Blind Citizens Australia. They are accurate, albeit a bit fiddly to use.

2. Avoid getting notes as change

Linda, who has been legally blind since birth, wanted to be able to speed up transactions by identifying her bank notes and change faster than she was able to using the Banknote Measure Device. Linda measures her bank notes on the Banknote Measure Device at home before she goes out. She only uses $20 and $5 notes which she keeps in different areas of her wallet. When she is paying for an item, she chooses which notes to use so that she gets less than $5 in change. This way she only ever receives coins as change which she finds easier to identify by touch. Even if there is a mistake in the change, she knows it will be less than $5 that she is at risk of losing. For example, when she is paying $12, Linda gives the shop assistant $15 (three $5 notes) and gets $3 in change. To pay $18, Linda would use a $20 note and get $2 change. To pay $26, she uses a $20 and two $5s and receives $4 change.

Another approach is to pay for everything with a payWAVE/PayPass (or similar) card which just requires tapping on the screen to authorise payment from your bank account or credit card. Since this system doesn’t have audio, using this approach requires you to trust the shopkeeper has charged you the correct amount. Ideally, request a receipt to take home, in case you want someone to check the amount(s) charged.

The introduction of the tactile feature on Australian banknotes is thanks to Connor McLeod, a teenager from Sydney who refused to use bank notes because he couldn’t easily tell how much money he had. Connor began an online petition calling for more accessible currency which was signed by more than 56,000 people and received bipartisan support from both Liberal and Labor politicians.

“If I come across something that doesn’t sound right, I like to do something about it”, Connor explained to News.com.au after the release of the new $5 bank note.

As a result of this petition, the Reserve Bank consulted with the vision impaired community about how to improve the functionality of banknotes. They tested different options for durability and for ease of identification. The new $5 result was produced and released as a result.

“I’m stoked. It’s good to feel that what I did is going to help me later and everyone else as well” said Connor when he got his hand on the new $5 note. (Source: News.com.au)

We loved Connor’s ‘good news story’ because it demonstrates the importance of sharing your ideas to produce positive change that will benefit lots of people now and for generations to come.

What you would like to see changed to make life easier for you and for others?

Share your ideas for positive change by sending us your story. 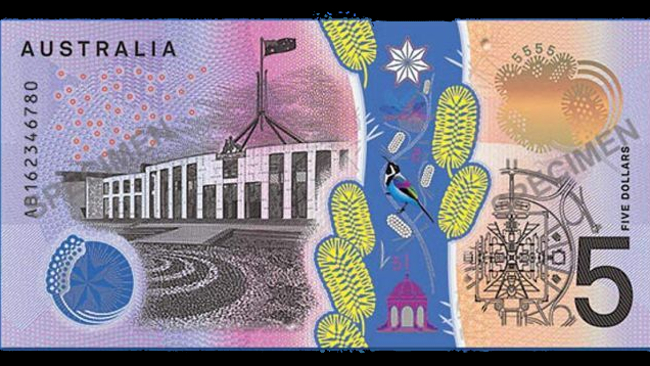